One of the things I specifically remember about my dad is how much he loved his time in Germany.  He spent about a year there when he served in the Army and he always talked about how amazing he thought the country and its people were.  He kept a photo album of his adventures in Germany and whenever we would go through it, he would get so excited talking about the future visits we would make there.  Unfortunately, life had other plans.

Since his death, I had always proudly proclaimed that I would one day take his photo album with me to Germany and take the same pictures he had taken, stand where he stood and breathe the same air that had once filled his lungs.  The only problem was that I had no idea where he had been as there are multiple military bases in Germany and no one in my family knew the specific places he had gone. When I finally opened the box of his things, this album was one of the first treasured memories that I recognized and it flooded back to me all of the longing and hoping to be in Germany with my dad. Luckily, he had left me plenty of clues and I was able to start piecing together his time there.

The photo album not only included 1980’s photography of the cities that stole my dad’s heart but also contained a group of stickers that served as a map for his German experience.  Unfortunately, I still didn’t know which specific city he was stationed in so I asked my best friend, Krista, who had spent some of her time in military in Germany as well.  From the information that we had, there was really no way to determine specifically where he was because he had been near many military bases during his stay.  Just as she had text me the name of her base, I flipped the page in his military papers to find the words “McCully Barracks”. My best friend and my dad had spent their service in the military in the same place.  The Universe is such a beautiful place. 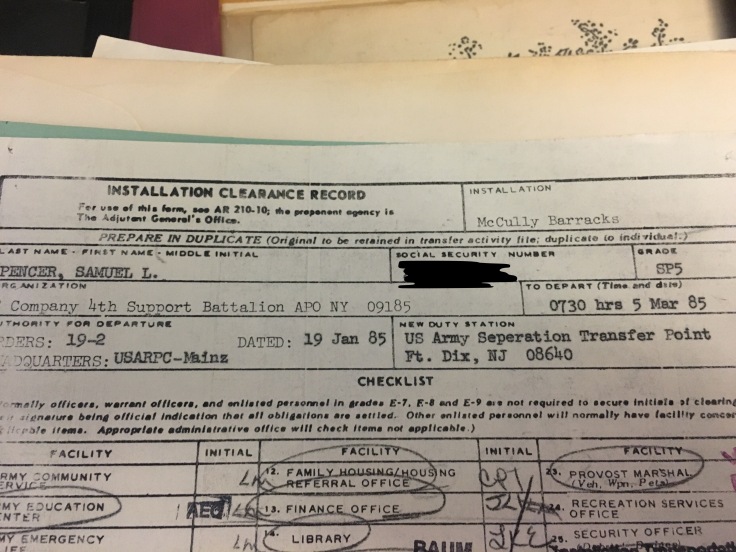 Since I now have all the information I need to trace his footsteps, it’s time to finally get on that plane and chase his experience down.  I will be heading out for Germany in just a few short days and I can not wait to see all of the things he’s going to do for me on this trip.  I’ll be traveling to all the cities I know he walked in – Munich, Heidelberg, Trier, Idar-Oberstein, Mainz (just outside of his base) and Frankfurt.  There are museums, castles, rivers, restaurants and statues in each of these cities that I can’t wait to see. Most importantly, I can’t wait to see my dad – in the faces of strangers, in the hospitality of the Germans he loved so much, in the places I know he stood, in my own reflection as I experience this with him.  I’m so thankful for this opportunity and I can’t wait to finally take this vacation with you, dad. See you soon! ❤️ 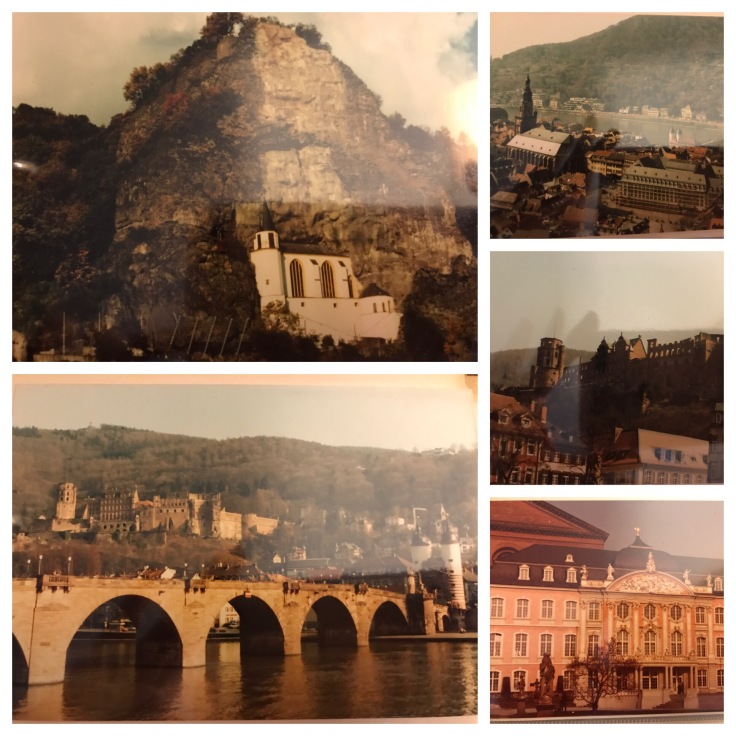